Kelley/Kelly:  O’Kelly– Irish, anglicized form of Gaelic Ó Ceallaigh ‘descendant of Ceallach.’ Ceallach was the chief of Ui Maine or Hy Many in 874 CE.

Different sources offer different meanings for the name Kelly. Some sources give the meaning as warrior, others as ‘bright or white-headed (or haired)’, later it was understood as ‘frequenting churches’ (Irish ceall).

The O’Kellys were the most powerful clan in Connaught, holding the rank of Princes of Ui Maine. Ui Maine consisted of an area of land which included all the eastern part of County Galway, the southern part of Roscommon, and small portions of Clare and Offaly. They ruled over that territory for seven hundred years from the ninth to the 16th century.

I am not sure when (or if) my family ties into the ancient Kelly pedigree: 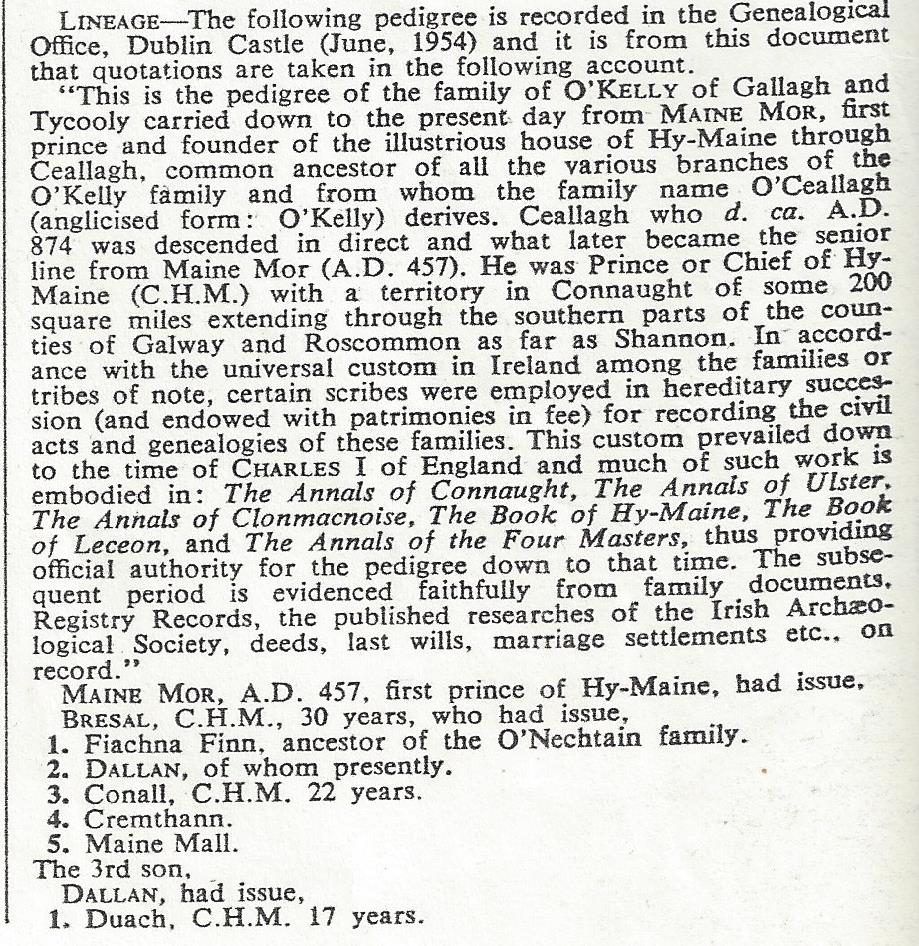 My Great, Great Grandfather, Michael Kelly was aware of his heritage, however:

The Kelly motto is “Turris fortis mihi deus” or God is my tower of strength.

Michael Kelly immigrated to Iowa in the United States from County Limerick about 1867 with his two daughters, Margaret & Zillah and his son, my great grandfather, Andrew Alfred Kelley. Andrew was 16 years old at the time.

I am not sure why my Great-Grandfather, Andrew, changed the spelling of his name to Kelley. I can only speculate that perhaps it was to further anglicize it due to prejudice against Irish?

Genealogy in Ireland is very difficult because so many records were destroyed. But is doesn’t help that Kelly is the most common Irish name after Murphy. There were a lot of Mary and Margaret Kelly’s!

That is why I can relate to “The Kelly Song:”