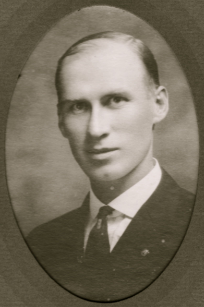 In 1900, William W. Kelley was 10 years old and lived in Arcadia, Iowa with his father, mother, and 3 brothers. He attended school. His father was a carpenter. (His half brother John G. Kelley was the enumerator for this census record). 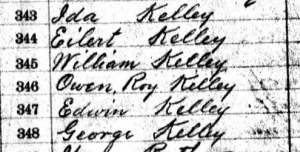 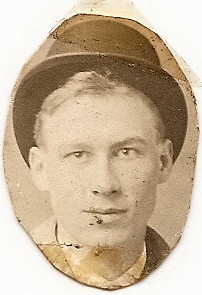 William Walter “Bill” Kelley left home at the age of 15 or 16: My cousin wrote this story: “William Walter “Bill” Kelley started out on his own by age 16, not by choice. We are not sure whether this is an Irish custom, or just his father’s way. The boys of this family on their 16th birthday would find their clothes waiting for them on the porch and the house would be locked. This was a way to say, tis time for you to be on your own.”  My father, his son Dean, however, remembered the story as follows: The family was out in the garden and Bill’s father was talking about going to Mass for some long dead person. Bill complained “why do we have to pray for that old so & so”–soon after an ear of corn went whizzing by his ear, pitched by his father. Bill left home (and the catholic church) the next day. –He traveled around Iowa in Dr Linden’s Medicine Show. He took tickets, acted on stage, sang and sold medicine, ca. 1907; he had traveled through Holstein, Iowa where he met his wife and eventually settled down.–(You can listen to brothers Warren and Dean discussing this story in the interview below.)

In 1910, William W. Kelley was 19 years old and lived in Hayes, Iowa, which is just south of Westside, Iowa, and southwest of Arcadia…not far from relatives. He worked as a hired hand on a farm. 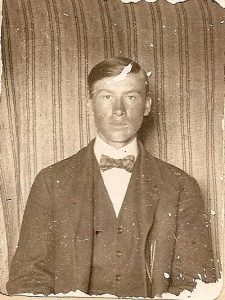 William Kelley as a young man.

From my cousin: “”Bill” Kelley settled in Holstein, Ida Co., Iowa, in 1910, since having worked in the area since 1907 as a Singer in Dr Lindens Medicine Show. Bill was known by his family to sing Irish songs in German and to have an Irish twinkle of fun in his eyes.”

“In 1910 he took a job with Drews Drayline as drayman. A drayman hauls heavy loads with a special high boarded wagon pulled by horses. Since all freight had to come into Holstein by way of trains a good occupation was to be a drayman to make deliveries to all businesses in the community, you always had work. During this period, Holstein had two trains a day each way that ran between Wall Lake and Sioux City Iowa. After the streets of Holstein, Ida Co., Iowa, were paved in 1923 dray trucks were used.” 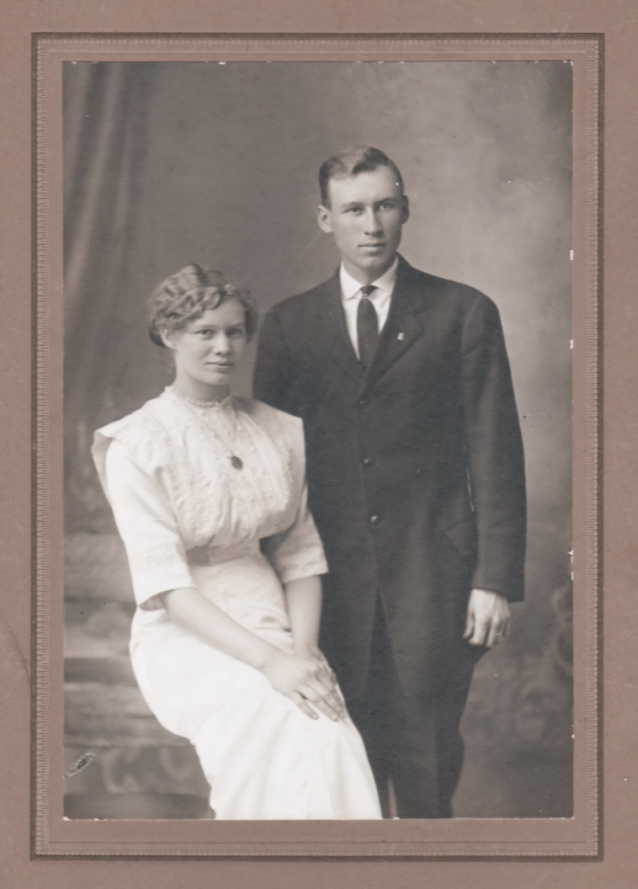 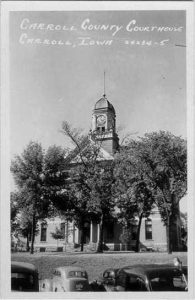 In 1920, William Kelly was 29 years old living in Holstein, (Griggs Township), Iowa with his wife, Marie, and son, Warren (on the next page). He worked as a manager of a rooming house/cafe. They lived on Main St, probably in an apartment above the Restaurant owned by Marie’s parents, Claus and Marie Reimers. 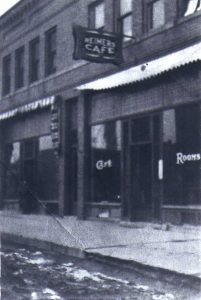 The Reimers Cafe and Boarding House

On January 1, 1925, William Kelley was 34 years old and lived in Iowa with his wife, Marie, and 2 sons. They lived on Kiel St. This census states that 11th grade was the highest grade he completed. It also lists their parents and where their parents were married.

In 1930, William W. Kelley was 39 years old and lived in Holstein (Griggs Township), Iowa with his wife, Mary, and 3 sons. They lived on Hamburg St. He worked as an Oil Station Operator. His son Dean was known as
“Bob” by his family (here he is enumerated as Robert D.) 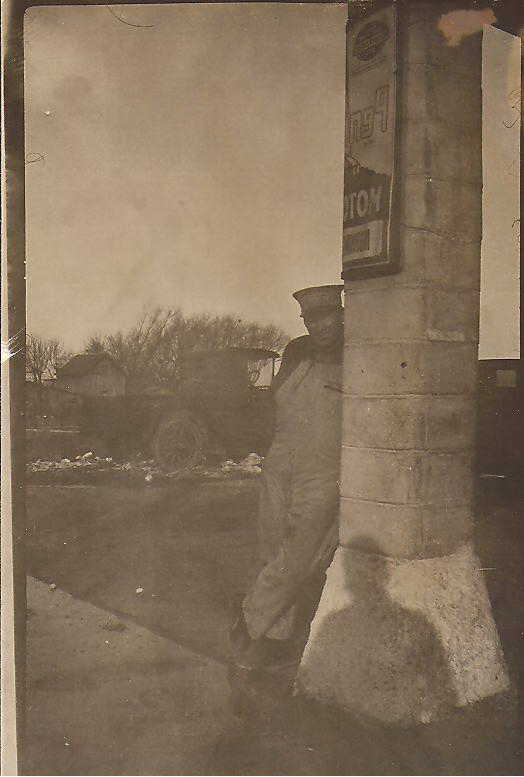 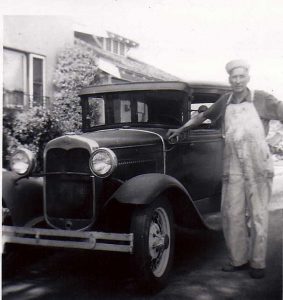 (This older biography was created using the old “Story View” from ancestry.com.)

The Kelleys in Holstein. This file includes more information about the Kelley family in Holstein, including Birth records of Williams’s sons and where he lived and worked.